Report: Canadian Aid and the SDGs

In 2015, the adoption of the Sustainable Development Goals and the Paris Climate Change Accords dramatically altered the landscape of international development. At the same time, in Canada, a new government was elected with the promise on refocusing aid priorities.

Four years later, it’s worth asking, how much has changed in Canada’s aid programme? Analysing the latest most reliable data, EWB Canada and the Canadian International Development Platform (CIDP) at Carleton University are proud to present the definitive report on progress and gaps, uncovering some dramatic new findings:

Canada has failed to meet a key climate commitment. Canada currently spends less than the OECD average on development-related climate action, failing to reach its commitment to double its investment. For more details on these findings, and recommendations to move forward, read the complete report here. 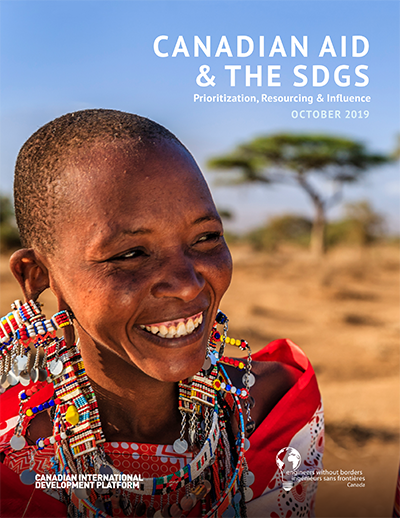 Report: Canadian Aid and the SDGs

How well Canada has focused its development assistance, resourced its priorities, and leveraged its global influence for sustainable development?