Home About Us Our People Global Revolution Panelist Jack Graham 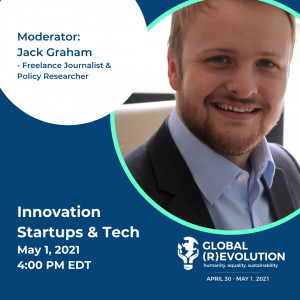 Jack Graham is a freelance journalist and policy researcher based in Toronto. Currently covering North America for the Thomson Reuters Foundation, he writes for several Canadian and international publications including Future of Good, The Economist and The New York Times. Covering issues from climate change to social finance, he also works with various think-tanks and foundations. Jack has been awarded fellowships from New America, the Dart Center for Journalism & Trauma, and the Open Political Economy Network. Originally from London, he holds a BA in History from the University of Oxford and an MSc in Comparative Political Economy from the London School of Economics.